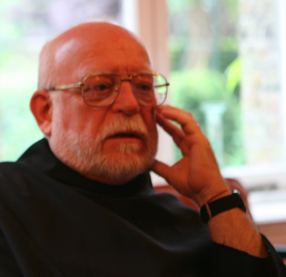 Sacrosanctum concilium
and its Consequences:

The Reform of the Liturgy

The text is now available as, “Sacrosanctum concilium and its Consequences: The Reform of the Liturgy”, Questions Liturgiques: Studies in Liturgy 92 (2011) 183-194.

Abstract:
The article responds to the questions: ‘Why for some time have there been so many controversies about the liturgical reform that followed the Second Vatican Council?’ and ‘What are the reasons for the disillusionment and disappointment which some in the Church find with the post-conciliar reform of the Roman liturgy?’ At a distance of almost fifty years from the first session the Vatican Council the constitution on the liturgy still raises interest and sometimes provokes animated discussion. The article emphasises the need to understand the pastoral context of the Vatican II reform of the liturgy in order to come to a correct understanding of the document and the event. Pope John XXIII and the Council fathers in 1962 all treat the forthcoming Council as pastoral in character (p 184-186). Thus it is that the reform of the liturgy is to be seen as part of the reform of the whole church (p 187). Some recent critics seem to want to oppose the conciliar constitution and the reformed liturgy. This ‘quasi-antagonistic’ presentation is described as ‘flawed from the beginning’ (p 191). Is the reform of the liturgy as it has occurred a coherent and legitimate consequence of the development of the Second Vatican Council or a deviation which risks pushing the church into chaos? In some quarters anxiety that the reform constitutes a menace for the faith and praxis of simple catholics still continues. In response to abuses, which have and certainly continued to exist, the response of authorities has been to create ever tighter legislation. Yet, the aspect of Sacrosanctum Conciliumthat has been most overlooked, and that from the very beginning, is the insistence on the need for liturgical catechesis for the faithful, for liturgical education for pastors and for the clergy in general as well as for seminarians and young religious and for solid liturgical formation for these same groups. This desire of the Church has never been fully implemented. The author commends the approach proposed by Pope John XXIII in his opening speech at Vatican II: ‘Serenity of mind, fraternal concord, moderation in proposals, dignity in discussion, and wisdom of deliberation.’ Better catechesis, formation and education in a context of faith and peace will produce the required fruit, the Church’s fuller and deeper participation in the liturgy and her more fruitful service of the world.