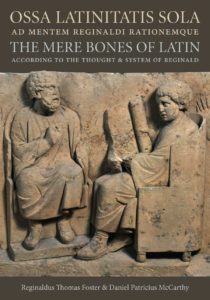 No knowledge of the language is presumed. The First Experience of the Latin language introduces the student to authentic Latin literature with a clear presentation of how human thought is expressed in Latin.

Encounter the living Latin language. Learn to pronounce and read Latin from original texts, both ancient and modern. Learn to compose your own sentences. Instruction given in English.

No vocabulary cards! No paradigms to memorize! Just the living language to understand, write and speak.

Working patiently, using simple texts for a clear understanding of what the author originally said. No rushing to impress others, just clear concise understanding.

Like all of the courses in the Summer Latin School, the introductory course is offered for enjoyment, not for credit. We read together Latin texts from all ages and very many authors, including texts suitable for people studying Canon Law at KU Leuven and students of liturgy from the Pontifical Institute of Liturgy, Rome.

Hours. 3 hours with a break, weekdays.
Precise schedule to be determined depending on the time-zones of participants.

Activities include the presentation of Latin and reading Latin texts together and a daily ludus domesticus, “home-game”, for self-study and in class review.

Content: Beginning Latin is designed to introduce the beginning student with no previous knowledge of the Latin language to its following elements:

• the verb in all times of the indicative, both active and passive and deponent;
• nouns and adjectives of all groups in five of their functions
• commands, active, passive, deponent;
• personal and reflexive pronouns, conjunctions, relatives, prepositions.

We read together Latin texts from all ages and very many authors.

Classes are held both weekly during the academic term and daily for two-weeks during summer term (enrol and enquiries here). 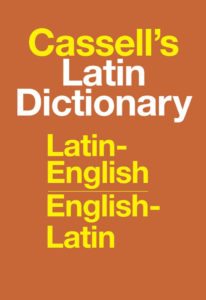 ♦ SIMPSON, D.P. Cassell’s latin Dictionary, Macmillan, New York 1959 or equivalent, including a small English to Latin section. A pocket dictionary is not sufficient.

We use the teaching method of Reginald Foster OCD directly from his book Ossa Latinitatis Sola. This is also reflected in the new series by Laura Pooley, Ossa Ostensa: Book 1.

♦ FOSTER, R.T., – D.P. MCCARTHY, Ossa Latinitatis Sola ad mentem Reginaldi rationemque: The Mere Bones of Latin according to the thought and system of Reginald, (Latinitatis Corpus 1), Catholic University of America Press, Washington DC 2016. Available from the publisher or from Amazon.co.uk or from Amazon.com. 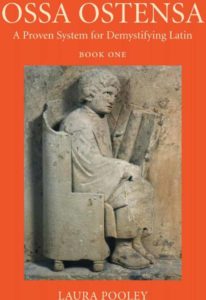 ♦ POOLEY, L., Ossa Ostensa: A proven system for demystifying Latin, Book 1, (Latinitatis Corpus 1), Catholic University of America Press, Washington DC 2021. Available in print or electronic version from the publisher or from Amazon.co.uk or from Amazon.com.

Students for personal interest: There are no exams, just the enjoyment of learning Latin.

Contact: To schedule a visit write to the Registrar and Course Coordinator:

Students must have reached 18 years of age.

Non-residential students may enrol in both weeks or for the first week only.

Limited accommodation is available in Ealing Abbey house for guests for students enrolled for both weeks.

Residential students may arrange to arrive on Saturday 13 or Sunday 14 August or before the course begins on Monday 15 August 2022.

Residential students may arrange to depart depart after their last session on Friday 26 August or on the next day, Saturday 27 August.

More information on travel to Ealing by air, train or metro and on accommodation at or near Ealing Abbey is available on this web-site under the button: “Registration”.