Instruction will be online in summer 2021. Times of course and seminar sessions will be determined by the Registrar during the week before each begins for the convenience of enrolled students participating from different time-zones.

Download our e-mail flyer here and send it to others via e-mail. We use the teaching method of Reginald Foster OCD directly from his book Ossa Latinitatis Sola. We offer instruction in Latin from the first lesson to the advanced Master’s level programme:

Beginning Latin. This course presumes no knowledge of the language and introduces the student to authentic Latin literature with a clear presentation of how human thought is expressed in Latin. Classes are held both weekly during the academic term and daily during the summer programme. Beginning Latin covers the material of the First Latin Experience in the Ossa book (read more here).

Intermediate Latin. This course presumes a familiarity with: 1) the verb both in all times of the indicative and the commands, both active, passive and deponent; 2) the nouns and adjectives of all groups in five of their functions (subject; object; of-possession; by-with-from-in; to-for-from); 3) personal and reflective pronouns, conjunctions, relatives and prepositions.

Intermediate Latin introduces the student to two main elements of Latin expression: the four participles and their usages, especially the ablative absolute; 2) the principles and forms of the subjunctive along with their use according to the sequence of tenses to express purpose, result, circumstance, cause, concession, characteristic and others in real Latin literature.

Classes are held both weekly during the academic term and daily during the summer programme. Intermediate Latin covers the material of the Second Latin Experience in the Ossa book (read more here).

Advanced Latin and Proficient Latin for Liturgists. Students are presumed to have a familiarity with: 1) the principles of the subjunctive, their forms and different usages according to the sequence of tenses, as well as the accurate renderings of each of these usages into English; 2) the forms and natural meaning of the four participles, and their different usages, especially of the ablative absolute.

Both advanced and Proficient Latin introduce the student to: 1) the four infinitives and their usages, including the accusative with the infinitive used in indirect discourse and in object sentences; 2) the gerund and gerundive as distinct from the participle of passive necessity; 3) conditional sentences; 4) the 3% use of the sequence of tenses; 5) verbs of fearing, doubting, fearing and prohibiting; 6) verbs with oblique complements, both active and passive; 7) specific usages of the dative, genitive, ablative; 8) an overview of the fourteen ways to express purpose, the ten different usages of the relative pronoun and of positive and negative commands. Both Advanced and Proficient Latin for Liturgists cover the material of the Fourth Latin Experience in the Ossa book.

Proficient Latin for Liturgists is held daily during the summer programme. Students develop an appreciation of the Latin language through reading and understanding texts from the liturgy and from prose on the liturgy from seven areas of ecclesial literature: biblica, patristica, liturgica, scholastica, magisteria, musica, canonica. This course may be taken for post-graduate credit through KU Leuven or for audit (no exam, no credit) through the Institutum Liturgicum London (more here). Proficient Latin covers the material of the First Latin Experience in the Ossa book.

Readings in Latin: Cicero’s letters: To synthesize the whole language, we read the letters of Cicero to his friends and close associates. This course is held daily during the summer programme and may be taken in addition to L711 Proficient Latin for Liturgists or in addition to LA611 Intermediate Latin by qualified students. In August 2021 for the first time our students will be able to study from their own copy of Ossium Carnes Multae: The Bones’ Meats Abundant from the epistles of Marcus Tullius Cicero; until now this course has been taught from the draft of the same book. This reading course corresponds to the Fifth Latin Experience in the Ossa book.

Classes are held Monday through Friday;
Saturday 21 and Sunday 22 August, are free days.

First Latin Experience – Beginning Latin (LA411)
3 hours with a break, weekdays.
Precise schedule to be determined depending on the time-zones of participants.
Instructor: Lydia Roberts with Jonathan Day.

Second Latin experience – conversational Latin: is not scheduled for this year 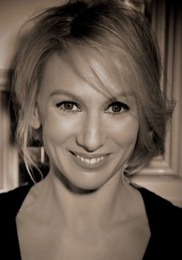 Third Latin Experience – Intermediate Latin (LA611)
3 hours with a break, weekdays.
Precise schedule to be determined depending on the time-zones of participants.Instructor: Daniel Vowles.

Fourth Latin Experience – Proficient Latin for Liturgists
IL: L711
KU Leuven: B-KUL-A07E3A 4 study points
3 hours with a break, weekdays.
Precise schedule to be determined depending on the time-zones of participants.Instructor: Laura Pooley
with the moderation of Daniel McCarthy

Reading Cicero’s Letters (LA811)
90 minutes weekdays
Precise schedule to be determined depending on the time-zones of participants.
Instructor: Jonathan Day.

Our method of teaching the Latin language was developed by Fr Reginald Foster, former papal Latinist who tought Latin to many generations in Rome. Over fourty years of helping people to grow fast and solidly in the knowledge and use and appreciation of Latin has guided him in developing his method of teaching Latin (more here).

More information on travel to Ealing Abbey by air, train or metro and on accommodation at or near Ealing Abbey is available on this web-site under the button: “Registration”. You can also find here the procedure for enrolling in non-credit courses (IL enquiry form and enrolment form here) and for enrolling in graduate credit courses accredited by KU Leuven (KU Leuven enrolment information here).
© Daniel McCarthy, updated on 18 September 2020 by DM.